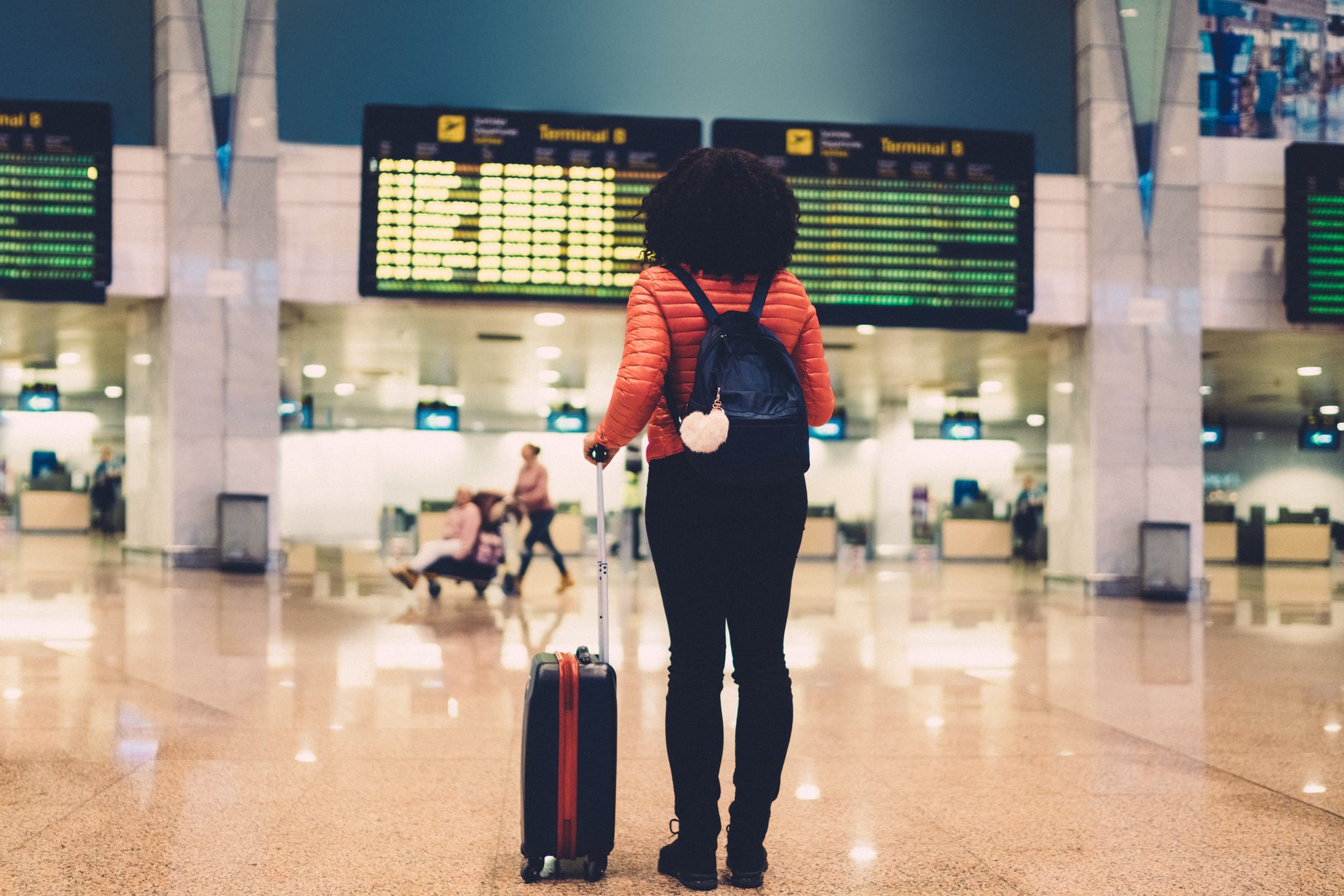 Last December, I spent a winter evening in Boston with a group of artists, intellectuals, poets, and educators musing on what 2020 would be like for everyone in the room and creating a vision board for my goals for the coming year. I vividly remember flipping through the pages of a magazine and the words "travel the world" jumping out at me. I cut those words out and glued them to my vision board that night. I had always loved travelling and did so regularly, but the thought of actually travelling the world — maybe even moving abroad — stuck to my consciousness. Travelling pushes me past my introversion, challenges me to expand my worldview, and grows my circle of friends, so it felt like the perfect goal to strive towards.

When thinking about where I would actually move to in Europe, I thought about a trip I took in 2018 when I travelled to Mozambique for the first time. As I was selecting my layover city, I decided to stay in Lisbon, Portugal for a few days, and immediately fell in love with the art, culture, food, and music of the country. I promised myself that one day I would return, and that "one day" became a reality in 2020.

I feel as if I can't simply be — be Black, be a woman, be a journalist — without having to stop my life to fight racism.

Moving to Portugal during a global pandemic was not an easy task. The racial reckoning that exploded in the streets of many cities across the United States in 2020 pushed me over the edge. I felt trapped figuratively and literally, and for reasons related to my desire to live a better life outside of the United States, I applied to a Master's program in Lisbon. I made the move right after I was granted a visa, and the change in my environment was such a welcome relief. My therapist even noticed a marked difference in my mental health once I arrived in Portugal.

But the same racial injustice in the US that I was determined to get away from wasn't gone. Trouble in paradise began in one of my graduate courses when one of my professors, a white woman, said the N-word . . . twice. As an introvert, I try to make myself scarce whenever conflict arises — it's a defence mechanism I learned growing up. I can vividly recall all the times I was called the N-word by a white person. I understood early on that words carry import, and the N-word has been used as a weapon to denigrate Black and brown people for centuries. These experiences were and still are traumatizing, so when it happened again in my graduate class, I went back and forth in my mind about how I should approach the topic with my professor. Thinking about it made me physically ill. I couldn't sleep, and I stopped being able to meet my deadlines as a freelance writer.

Nobel prize winner and prolific American writer Toni Morrison once said, "Racism is a distraction," and those words have pierced my consciousness for many years. The weight of Morrison's words and this ordeal in my class compelled me to speak out. On one of those nights where I couldn't shake my stress-induced insomnia, I feverishly typed an email to the professor and poured all my feelings into what her reckless words caused.

Related:
Don't Just Be an Ally to the Black Community — Be an Accomplice

As a writer, I know just how much words matter. The history they carry matters. The connotation of words matters. The nuances in which they shift and shape our culture matters. I moved to Portugal for many reasons, one of them being to find a community of curious thinkers and researchers who would allow me to expand my worldview and contribute to sharing my experience growing up in North America as a Black woman. I made it abundantly clear that I was disappointed in her performance as a professor, and that I could not, in good faith, believe she didn't have the sensibility and emotional intelligence to ascertain that the N-word is unacceptable to use in any context, especially by a white professor. I waited for her response, and when it showed up in my inbox, I was stunned. She played the victim, stated that she was "surprised" and "shocked" by the "hearsay" and "accusation" outlined in my email. I was speechless. I waited to reply to her because I honestly felt as if I was suffering from gaslighting. She mentioned in her email that she used the word in my presence when I attended class via Zoom one afternoon. I couldn't believe she ignored my demand for an apology.

The following class, she greeted me and then said we would discuss the matter as a class. I was surprised she wanted to do so that publicly. She said she felt as if she were "attacked" and couldn't speak "freely" since I called her out. She singled me out when she addressed the class, stating she received an email from a student as she turned and looked at me before saying my name. I was stunned. I felt like she tried to make me out to be a villain by expressing her shock and imagined victimhood. She felt challenged by my email. After her tirade, two other students spoke up and then I addressed the professor. My voice quaked and I felt uneasy because I was suddenly made the centre of this weird power dynamic, but I stood my ground. She never apologised. The professor was extremely defencive throughout her response to my email, and her words made me feel so hurt. After class the professor came up to me and asked if we were "all set" and if we could put this "misunderstanding" behind us. I was disgusted.

I'm a human first, a Black woman second, and a creative third. My lived experience as a Black woman with parents who emigrated to the United States from Haiti is not lost on me. In the '90s, Haitians who had worked hard to earn their right as naturalized citizens of the United States were ostracized. Why? Many were terrorized by fellow Americans, zealous white nationalists, and other immigrants because they were from Haiti. The shame that many Haitians felt when speaking their mother tongue in public can't be fully explained. The callous slander by the media and the United States government that Haitians were responsible for the spread of the AIDS epidemic in the '90s were horrors I will never forget. And my professor proved that these deep-rooted feelings are still very much alive all over the world.

Words and the impact they carry matter especially now in a time of racial reckoning happening in the United States amid the Black Lives Matter movement. The fact that I relocated from the US to escape the inherent racism that exists there only to sit before a professor who insults her students by using words that have historically been identified (by the world over) as racial slurs is astonishing. I'm in Portugal to expand my worldview via scholarship and new thinking, and I will not let racism be an obstacle or "distraction" to my mission here as a Black journalist.

This experience taught me that as a Black woman, the emotional labour involved in fighting to be treated like a human being will continue to be an issue in the United States, in Portugal, and in the world. I feel as if I can't simply be — be Black, be a woman, be a journalist — without having to stop my life to fight racism. And that's not how it should be.