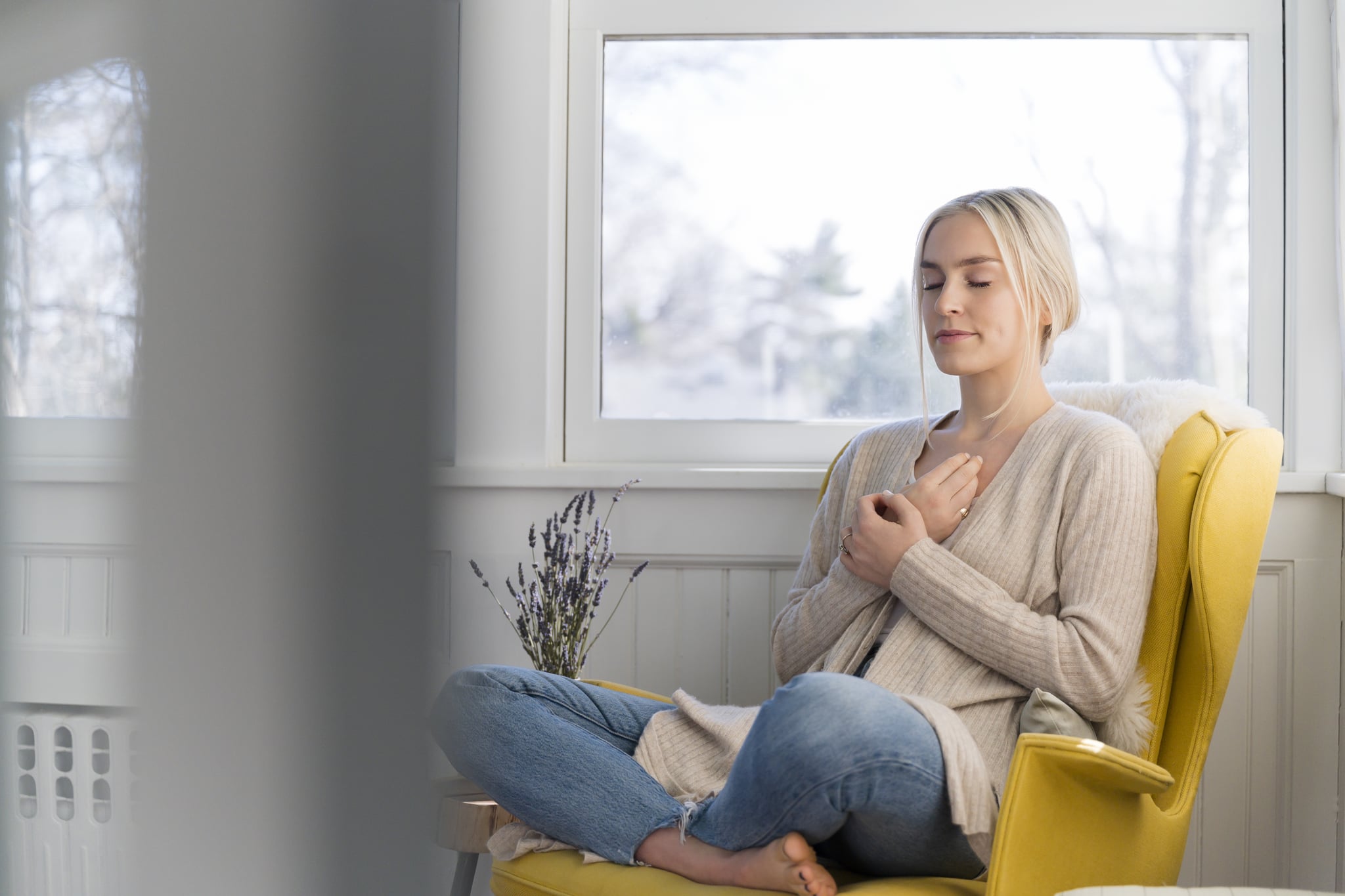 Just like you shouldn't force a clear mind in meditation — because there really is no such thing — Headspace cofounder and former monk Andy Puddicombe said you should not force posture. You might imagine the correct way to sit during meditation is very upright and pretzel-style on the floor, but Puddicombe told POPSUGAR that, generally speaking, he doesn't suggest that at all.

While it does depend on the person, Puddicombe, also the executive producer of the new Netflix series Headspace Guide to Meditation, noted that unless you've done a lot of yoga and are comfortable being cross-legged — whether in Lotus or another position — he recommends sitting in a chair while focusing on the breath. "Sit on a chair that feels comfortable," he said. "The trick is to set the body up in the same way that you would like the mind to behave. So, we want to be on the one hand relaxed, but on the other hand focussed."

Therefore, it's about being comfortable but not too comfortable. "If we're horizontal, lying on the sofa, then we might be a little too relaxed, and we're probably more likely to fall asleep," Puddicombe explained. Though it's typically OK to drift off during yoga nidra specifically and other techniques that call for you to lie down, he said that for meditation, "over time you're going to get more from the practice by staying awake."

So, sit in a chair with a supported back, and listen to your body, Puddicombe advised. If you're feeling tired, sit up a little straighter. If you're stressed, maybe head over to the couch or someplace more reclined. "Try to just assess where you are, how you feel before you sit down, and allow that to guide how you sit," he said.

Puddicombe said that to be mindful is to be present and open "no matter where we are," and meditation is essentially "an exercise where we take ourselves away from the business of everyday life and where we create the conditions to actually practice that quality of mindfulness." He noted that the goal is ultimately to then utilise mindfulness experienced in meditation outside of our practice.

As for how long people should meditate, Puddicombe said to not get too caught up on length and instead to focus on frequency because "the more we meditate, naturally, perhaps the more we want to sit and increase that duration." This is especially important for beginners. But, he does recommend around 10 minutes as a good ballpark number.

"We know that within that 10-minute bracket, something called the 'relaxation response' kicks in where the heart rate begins to slow down, breathing begins to slow down, the harmful chemicals like cortisol and adrenaline in our body begin to either slow down or stop altogether," Puddicombe explained. "And we're looking to create that environment for both the body and the mind." Of course, if 10 minutes is too daunting, cut it down into shorter sessions.