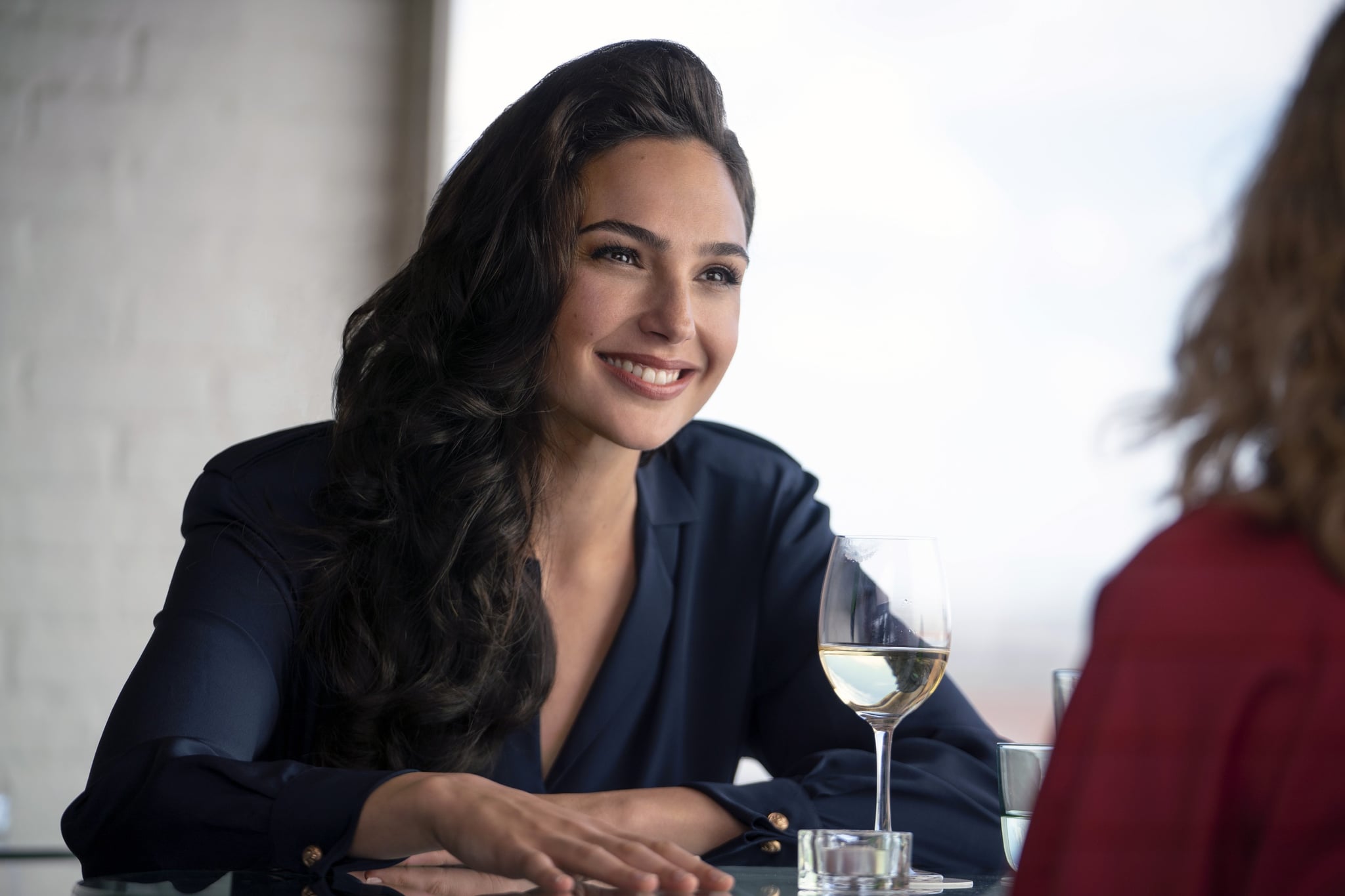 Gal Gadot has admitted in previous interviews that her fashion choices in Wonder Woman 1984 weren't as '80s-themed as they could've been, but her makeup is an obvious reflection of the decade the film is paying homage to. What's even better is that, according to the actress's makeup artist Sarah Brock, most of the beauty looks seen throughout the film take inspiration from one of the decade's most iconic supermodels: Cindy Crawford.

In most scenes in WW84, Gadot can be seen wearing slick ponytails and side-swept, curly hairstyles with bright, 80s-era makeup. When planning the actress's looks, Brock studied several magazine covers and cosmetics ads that Crawford was featured in at the height of her career, including Cosmopolitan's September 1988 issue, a Revlon ad from the same year, and a Vogue cover from 1986.

"As soon as I saw some of these magazine covers and makeup advertisements, I knew that was perfect for [her]," she said. In addition to magazine covers, Brock also researched the beauty trends, brands, and even the skin-care ingredients that were popular at the time, since "it gave me a realistic feel of how the skin would have been prepped for makeup."

She continued, "It's not just about my ideas, it's a collaboration of [Patty Jenkins's] vision, [Gadot's] vision of the character, and mine. We all had the exact same vision: it was about keeping Wonder Woman looking like the Amazonian goddess that she is, combining it with the '80s nostalgia that the character required."

Toward the end of the film where Diana wears the golden armor, Brock chose to keep the face makeup neutral, with bold eye makeup to complement the energy of the costume. "It needed a stronger, more powerful eyeliner, as anything less would have been lost under the amazing gold costume," she said.

The movie filmed for around eight months across three different locations — London, Washington, DC, and Fuerteventura — and Brock apparently had to work twice as hard to ensure that the makeup looks stayed consistent to the theme she chose while also withstanding the weather conditions of three wildly different climates.

"We had various weather conditions in London. In Washington, DC, the humidity was so extreme, and then in Fuerteventura, we had extreme heat and sandstorms," she said. "All of this presents different challenges when it comes to makeup, so even if you were creating the same makeup look but in a different country, the way you apply it has to adapt to the challenge that particular environment brings which all has to be considered, researched, and planned behind the scenes."

In the end, it wasn't Wonder Woman's superpowers that kept everything in place — just a really solid hair and makeup team.